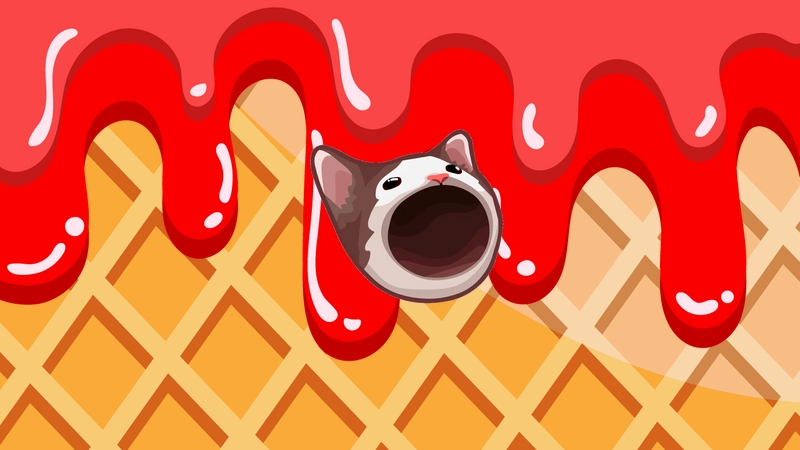 A meme is a virally transmitted video or picture with a text that highlights some funny situation or shows another side to things in a comical way. Memes are ranging in their forms, it might be a funny YouTube video, a stream of your favorite Twitch streamer, or a Snapchat or Tik-Tok video of a funny situation that has gone viral.

Same it should be a meme image or simply a meme text that makes people giggle and make them share it uncontrollably.  Memes are a worldwide phenomenon, that's being shared between family members, and friends, or memes can even be used as a conversation starter. Memes can evolve and spawn other memes, like a single photo or short video will generate hundreds of hilarious variations and interpretations as Doge Meme did or Pop Cat meme, and definitely Nyan Cat meme that spawned many mashups and variations including even Foge and Grumpy cat.

Many of those wonderful memes you can find in our meme custom progress bars collection!

Dat Boi meme is a 3d character model of a cute green frog that rides a unicycle usually accompanied with a text - here comes dat boi, or other slang texts. A meme custom progress bar for YouTube with Dat Boi Meme.

Pikachu is a character in the Pokémon anime and the mascot Pokémon franchise that become insanely popular and spawned many memes around him. A meme progress bar for YouTube with Minecraftchu meme.

Sanic meme is a poorly drawn cartoon version of Sega's mascot and a star of Sega video games Sonic the Hedgehog. A meme custom progress bar for YouTube with Sanic with Shotgun.

No God, Please No! Meme

Shrek is the monster who lives in the swamp and a titular character of the animated film series created by DreamWorks Studios. Shrek became popular in jokes and memes and even got a substantial cult-like folioing online in 2010. A meme custom progress bar for YouTube with Shrek Dabbing Meme.